Neither Donkey nor Horse

Medicine in the Struggle over China's Modernity

Neither Donkey nor Horse tells the story of how Chinese medicine was transformed from the antithesis of modernity in the early twentieth century into a potent symbol of and vehicle for China’s exploration of its own modernity half a century later. Instead of viewing this transition as derivative of the political history of modern China, Sean Hsiang-lin Lei argues that China’s medical history had a life of its own, one that at times directly influenced the ideological struggle over the meaning of China’s modernity and the Chinese state.

Far from being a remnant of China’s premodern past, Chinese medicine in the twentieth century coevolved with Western medicine and the Nationalist state, undergoing a profound transformation—institutionally, epistemologically, and materially—that resulted in the creation of a modern Chinese medicine. This new medicine was derided as “neither donkey nor horse” because it necessarily betrayed both of the parental traditions and therefore was doomed to fail. Yet this hybrid medicine survived, through self-innovation and negotiation, thus challenging the conception of modernity that rejected the possibility of productive crossbreeding between the modern and the traditional.

1. Introduction
When Chinese Medicine Encountered the State
Beyond the Dual History of Tradition and Modernity
Toward a Coevolutionary History
China’s Modernity
The Discourse of Modernity
Neither Donkey nor Horse
Conventions

2. Sovereignty and the Microscope: The Containment of the Manchurian Plague, 1910–11
Not Believing That “This Plague Could Be Infectious”
Pneumonic Plague versus Bubonic Plague
“The Most Brutal Policies Seen in Four Thousand Years”
Challenges from Chinese Medicine: Hong Kong versus Manchuria
Chuanran: Extending a Network of Infected Individuals
Avoiding Epidemics
Joining the Global Surveillance System
Conclusion: The Social Characteristics of the Manchurian Plague 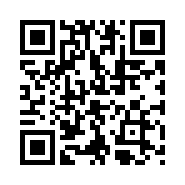