The history of modern medicine is inseparable from the history of imperialism. Medicine and Empire provides an introduction to this shared history - spanning three centuries and covering British, French and Spanish imperial histories in Africa, Asia and America. Exploring the major developments in European medicine from the seventeenth century to the mid-twentieth century, the book shows that the major developments in European medicine had a colonial counterpart and were closely intertwined with European activities overseas; the incr easing influence of natural history on medicine, the growth of European drug markets, the rise of surgeons in status, ideas of race and racism, advancements in sanitation and public health, the expansion of the modern quarantine system, the emergence of Germ theory and global vaccination campaigns. Drawing on recent scholarship and primary texts, this book narrates a mutually constitutive history in which medicine was both a 'tool' and a product of imperialism, and provides an original, accessibl e insight into the deep historical roots of the problems that plague global health today. 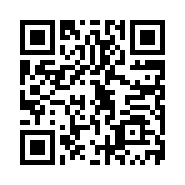